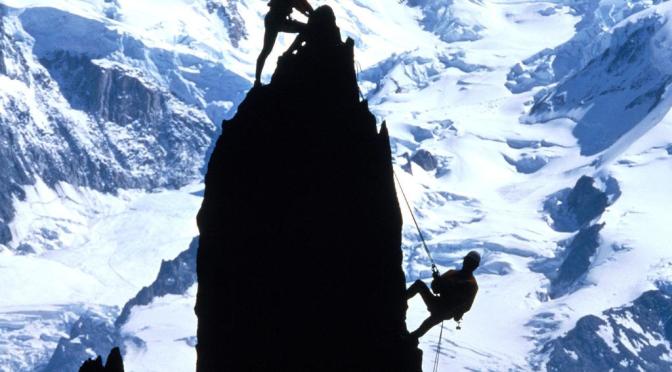 I recently did an all-age service at church, for both the adults and kids, from week 10 of The Story. I used 7 words to spell out the message, the kids opened up envelopes and had to figure out what each word was – this is a summary of my message: 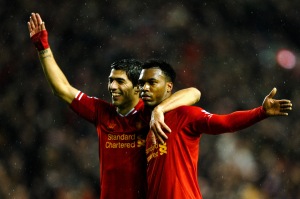 Many people are fascinated by the SAS – no I don’t mean the Special Air Service, but they are pretty exciting, neither do I mean Suarez and Sturridge – Liverpool’s goal machine last season…no I am talking about Samuel and Saul. These two are two of the biggest characters in this period of the Old Testament. Their lives are intertwined and their different personalities and spiritual devotion provide the light and shade of the books of Samuel and Kings.

One word to summarise Samuel? Devotion – learnt from his mother, he was 100% committed to his God. One word for Saul? Impulsive – evidence throughout his life he made pragmatic decisions on the spur of the moment that often got him into trouble. The immovable Samuel and the impulsive Saul…they had some memorable meetings! Samuel is driven by faithfulness and loyalty, Saul by fear and jealousy. Open the envelope, break the seal…

Let’s look at Samuel first, or Sam as we have called him here. Samuel was the son of Hannah – a son of prayer and promise. Samuel grew up at the feet of the priests in the temple of God. From his earliest days he learnt the ways of God – he even heard God speak directly to him. Remember what happened? He thought it was Eli, three time he went to Eli, until eventually the old man realised God was speaking to him. As he grew up God guided him and protected his words, so that he was respected by all as a prophet and priest for the nation – to provide spiritual leadership to the nation.

But as Sam grew older it became clear that things were not right in Israel. This chosen nation that had been taken out of Egypt and planted in the promised land was withering. The people were tired of being told what to do by the judges, they wanted someone more impressive to lead them than old Sam, whose sons were not of the same character as him. They looked around and saw  the other nations had something they thought they did not – a king. God had been their king, leading them into battle, fighting for them, protecting them, and Samuel was their priest and prophet. Now they were rejecting God as their king and so they asked Samuel to give them a king like the rest of the tribes. This made Samuel very sad, but it was really God their king they were rejecting.

So God let the people break the kingly bond between them and him – he warned them what a king would require of them and how a king would trade their best land and sons and daughters…but they still wanted him. The sign of a king was the anointing oil poured over his head, this signified the blessing of God being poured out onto the person and the setting aside of their life for a special purpose. It was Samuel’s job to anoint the new king. God tells Sam to anoint the person he points to – someone who would look like the other kings around them.

Head and shoulders above the rest, Saul was an impressive young man. Although initially shy and reluctant, Saul finds his boldness when one of the cities is threatened. So, a promising start for the new king. But as is often the case power goes to our heads and things quickly fall apart and under pressure Saul makes some bad impulsive decisions. But worse than that, not just bad decisions, but sinful decisions. Decisions that reveal where his heart really lies – and show that selfishness and pride lie at the heart of this man. Saul was impressive on the outside but weak inside…he obeyed as long as it was comfortable.

On two occasions Saul disobeys God – first in offering an unauthorised sacrifice when he got fed up waiting for Samuel to come and offer them before his battle with the Philistines. And then by keeping alive the King of the Amalekites and the best cattle and sheep when God had ordered it all to be destroyed. In the first incident Saul oversteps his rightful authority to encroach on Samuel’s Territory – driven by the fear of man, rather than the fear of God. In the second he allows his pride to decide what bits of God’s law he should obey. He sets his own will above that of God, and he pays the price.

Here Saul is a picture of all of mankind – doing what we think is right, editing out the bits of God’s law we don’t find convenient, obeying him as long as we don’t look foolish in front of people. This king cannot help us, because he is just like us.

Finally Sam confronts Saul and tells him that God has rejected him as king – that he cannot continue under the blessing of God and his sons will not continue the monarchy. In his haste Saul grabs Samuel’s coat and as Sam turns away he tears it – this is what God has done to his anointing – torn it up! You see Saul had been torn between the fear of man and the fear of God, he had been torn between convenience and obedience…and had made the wrong choice each time. His heart was torn between the love of the world and the love of God, now his kingly reign on this world was torn away by God.

So the kingdom is taken away from Saul – not right then, he still remained king for many years, desperately holding onto his throne against the young upstart called David, who we will meet next week. And Saul is very sad by how popular David becomes – jealousy and hatred overwhelm Saul in his later years. He lived from a place of fear…fear of losing his position, of being exposed and replaced, the seed of destruction had been sown and time was running out. Saul would eventually run out of options and desperately seek Sam out even after he had died, and find that the end was nigh. More than that his beloved Jonathan would also die with him and the kingly line be extinguished.

So for us the consequences of our sin take time to appear, right back in the garden Adam and Eve were told they would die if they disobeyed, but they ate and nothing happened…immediately. But the egg timer had started to pour and their death was certain.

What would God do? The people had rejected God as their king and Saul had failed God. He would find a king who would be someone with his character, a man after God’s own heart. But even this king would fail. Ultimately He would take back that kingly role to himself, one day…one day another king would come, one who would honour God above all else, who would not fear the disapproval of man, or the suffering of obedience.

God would unite the role of prophet, priest and king in one person, one man. The king would arrive in Israel while they were sleeping and he would return the union between God and his people. He would rescue and redeem them, not through war as Saul did, but through sacrificing himself. King Jesus, the true king, never flinching, never wavering, never compromising.

You see not only did the Israelites reject God as their king, we too rejected God as our rightful king. We by nature rebelled against his rule over our hearts and said…”we will not have this man to rule over us”. If you are a Christian this morning you have bowed the knee willingly to this king, and pledged allegiance to him. We have given him our hearts, lives, everything we have, and found that he is a king we can trust, a king we can exalt and worship. Will you worship him today? Will you let him restore what has been torn and remove the sin in our hearts?