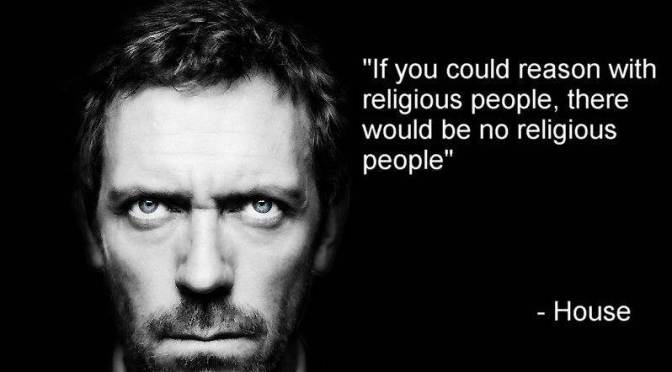 Last year I challenged a Christian magazine about an article that claimed that New Atheism was a passing fad and resorted to insulting the people who  follow this philosophical worldview for how they respond to church leaders and ministers. I wrote a response back challenging their use of offensive language and their conclusions about its transiency. It was not published.

I have decided to post my letter below as it seems to me that many in the church  have put this in the “too difficult” box and instead prefer to focus their efforts on those who are more obviously (to outward observers) aware of their need of a Saviour, while resorting to intellectual and philosophical ping pong with the most vocal and vociferous proponents of NA. As someone who is completely immersed in the secular business world I know that it is not too difficult, but it takes time, commitment, transparency, vulnerability and honesty for people to open up to you and invite you to challenge their beliefs. For most of us this means working alongside them in a full-time secular job. Then people will see that we are not wierd, naive or judgemental and will be curious about our beliefs. This happened again to me this week in a precious conversation with an atheist colleague.

Dear church, there is another way to engage with the challenge of New Atheism than head on debate with unknown and often  virtual “enemies”… and  it is happening right now, but it is happening through those outside the sphere of professional church leadership. Will you listen to, affirm, support and empower your people to follow a Third Way?

I’ve been a subscriber for what must be 10 years now. I have to say however, that I was really disappointed by the latest issue in regards to the article on New Atheism. While I liked the author’s analysis of the different groups impacted by atheistic thinking I was disturbed by the way he spoke about the proponents of new atheism. I know how disrespectful many of them are (you only have to follow Ricky Gervais on twitter to find out), however, calling them names is extremely counterproductive. Will this terminology endorse us to unbelievers or turn them away?

The whole system of the new atheists is based upon them trying to construct a false dichotomy between the rational, logical, intelligent, fair atheists and the irrational, ignorant, wishful thinking believers. By resorting to name calling we only reinforce this false polarisation and strengthen their hand.

I have written and spoken about how I see a third way for breaking this dichotomy – most recently for the Scottish Baptist Lay Preachers (http://www.sblpa.co.uk/?p=6181)  and also a sermon in April at my home church in Dundee (https://martynlink.wordpress.com/2012/04/16/running-on-empty/). I put the challenge to the church that rather than seeing the secular humanists and militant atheists as the enemy, perhaps we should see the hand of God refining his people through them? I have also written a review of Christopher Hitchen’s memoir Hitch-22 highlighting many of the things I genuinely respected about the guy (https://martynlink.wordpress.com/2011/11/29/looking-for-wilberforce-and-finding-hitchens/) and am blogging my way through his God Is Not Great.

My basic premise is this – the more we see the New Atheists as enemies to be fought against, the more we reinforce their straw man. I am passionately committed to living my life as a model for a different way of engagement. Yes we need to engage and confront their strongholds directly, but we must seek the higher ground, and be willing to give them credit for deconstructing some of our woolly thinking and shoddy illustrations.

I do not accept his statement that we cannot be seen as being “smart, educated and hold views that contradict New Atheism” – by engaging as an equal in the workplace they cannot so easily dismiss me as they would if I worked for the church or a theological or academic institution. During my 10+ years in the workplace I have made many friends who are strong atheists. My passion is to be a living challenge to their neat compartmentalisation – a fair, intelligent, reasonable person, who they can totally relate to on a professional level, while at the same time believing different presuppositions to them. I want to be impossible for them to easily dismiss.

Finally, I completely disagree with his conclusions, at least in the UK (I cannot speak for Australia). New Atheism is not a passing fad, it has strengthened the arm of thousands of nominal atheists who now have credibility for their rejection of Christianity. I live and breathe amongst these people every day and see how it has changed them, given them a new confidence, made them bolder to decry religion in whatever form. The effects, certainly in the UK, will remain in the minds and thought patterns of the thousands of young adults who imbibe this teaching unconsciously. It will reveal itself in the way of life that these people now live and will live for the rest of their lives (unless they are graciously saved), and the way they bring up their future children in an increasingly aggressive anti-Christian society. This is the challenge we face – how do we thrive and not just survive as a persecuted people of God?

Again, I send this not as a critic, but as a friend. I’ve appreciated your ministry over many years as it has helped me mature in the faith. Take this as an appeal from a brother in the common cause of the kingdom.