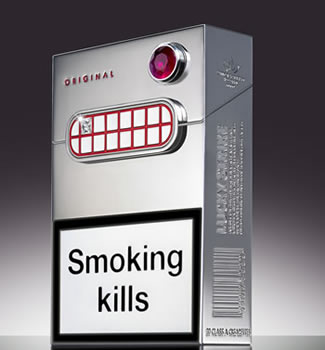 Review of Chapter 4 “God Is Not Great” by C. Hitchens

Blazened across every packet of cigerettes is a warning: smoking can be harazardous to your health, smoking kills or smoking causes lung cancer. It’s as if the powers-that-be think that if only we realised the consequences of smoking we would stop doing it. But as every nicotine addict can tell you, the warnings are put there for everyone else. In this chapter of God Is Not Great Hitchens wants to slap a similar banner across the entrance to every church, synagogue and mosque.

He goes full out to illustrate the danger that religion poses to our physical and mental health through a series of stinging anecdotes. He highlights how religious leaders have responded to medical advances in areas such as polio, AIDS and cervical cancer. In one example he cites religious leaders in Africa promoting ignorance and mistrust regarding AIDS treatment in order to maintain their position of power. He powerfully argues that when it comes to prophylactic (i.e. preventative) treatment of medical conditions, religion has not covered itself in glory.

As I read this chapter there is little one can say to argue against the black picture painted by Hitchens. It is too true that many heinous crimes have been committed and promoted by the church in an attempt to enforce moral obedience. I am left reflecting that the church is not good in dealing with those who reject its teachings to embark on their own. Too often we have absolved ourselves of our responsibilities of care for even the most rebellious child. Nevertheless, it remains true that the choices we make have consequences we cannot escape. It is the church’s desire to save others from these consequences that motivates its moral stance.

It seems to me that over the years our improved understanding of biological systems has enabled science to increasingly mitigate the consequences of our moral choice. For example, it used to be the case that sexual promiscuity would inevitably lead to unwanted pregnancy, and that in some cases the fear of this would be enough of a deterrent to prevent the activity. However, science has, perhaps inadvertently, steadily removed the natural consequences of this action. Hitchens wants the church to celebrate in this freedom and join in the promotion of sexual liberty. He wants a God who will allow us to live as we please and still bless us in whatever we do.

But are our actions now free from all consequences? What about the trail of broken relationships, loneliness, betrayal, and emotional damage caused by one night stands? What pill do we take to take away the pain of a broken heart? How do we remove the present consequences of our past actions? We cannot. And we cannot expect the church to only be concerned about a person’s health, when their lifestyle has greater consequences. We are not a hospital, where treatment is free at the point of care, no questions asked. Our concern for our fellow person is holistic – mind, body and soul.

So, we are left wondering, how should the church treat those who choose not to follow its teaching? What responsibility does it have towards those who reject its core beliefs? At the heart of the issue is this question – what is more important people or doctrine? People, I can hear you cry. But not so fast, sometimes even enlightened, educated, civilised people need protecting from themselves. Which parent would allow their child to experiment with power tools? Which father would allow his 6 year old daughter to walk the dark streets at night? So too with God, from his vantage point he sees where our choices are taking us, and wants to protect us from our own decisions. What is our sexual liberation producing in our land? Are we really freer, satisfied and fulfilled? Or rather are we more isolated, shallow, fragmented and detached? The pervasive inability of young men to commit to one woman for life gives the answer.

I agree with Hitchens that the church is not good at being pragmatic. We are best at dealing with black and white, truth and error, right and wrong. By leaving specific but relatively broad moral principles to live by, God has delegated to each individual a certain degree of responsibility to use our understanding alongside his eternal truths to build a biblical framework for life. Unfortunately the church has sometimes not had the same confidence in delegating responsibility for matters of conscience and this has often resorted in it erring on the side of caution rather than give room for individual freedom.

I think it was Stephen Covey who said: “While we are free to choose our actions, we are not free to choose the consequences of our actions”. Like any smoker will tell you – we are completely free to leave the cigerette pack on the counter and walk away, but sometimes the promise of guaranteed immediate pleasure outweighs a potential risk of severe penalty. May we choose the way of wisdom and the better path, leading to the healthiest of all possible life – eternal life for evermore.

One thought on “Caution: Religion can be hazardous to your health”