“God Is Not Great” Chapter 1

Right from the first page Hitchens reveals that his book is not a cold calculated critique of religion but an effervescent boiling pot of passion. This is something Hitchens feels extremely passionate about and in his passion his prose quickly crosses disparate themes. He briefly describes his religious upbringing before delivering a mesmerising array of accusations and charges against his nemesis – the ignorant & deceived religious.

Two encounters in particular are highlighted as being the pivotal points in his young life – one being a less than logical explanation of why the grass is green by his primary teacher “God made all the trees and grass to be green, which is exactly the colour that is most restful to our eyes” and the other a masterclass in nominalism by his headmaster: “You may not see the point in all this faith now, but you will one day, when you start to lose loved ones.” Not surprisingly these misguided attempts to answer the big questions in life of creation and suffering and death drove the rational Hitchens away from his religious heritage.

His atheism is a passionate rejection of all the alternatives, seeing religion as at best wishful thinking and at worst a source of manipulation and corruption. He offers realism not hope, science and reason not faith and beliefs. And he speculates that “it is at least possible that, once people accepted the fact of their short and struggling lives, they might behave better towards each other and not worse.”  His argument is that it is better to admit you only have a few thousand days to live and get on with it as best you can than pretend there is more to it and ruin everyone else’s experience.

Throughout this first chapter Hitchens repeatedly presents his polar extremes – the rational, fair, honest atheist and the irrational, ignorant, unstable religious zealot. This is not a book of balance and well thought out reasoned arguments, it is a force ten gale in the wind-tunnel of atheistic teaching. No sooner are objections to religion brought up, they are summarily dismissed and ridiculed. He even states that anyone who is certain of his belief “and who claims divine warrant for his certainty belongs now to the infancy of our species”, as if the atheist has evolved beyond the need for emotional props. As if it is ok to be absolutely certain of your belief if it comes from your own neurons, but not if you believe it has been made known to you by God.

Although I struggle to like the way he says it, there is much in this chapter that I have to agree with. When he says things like “religion is man-made” and “we believe with certainty that an ethical life can be lived without religion” I can say a hearty Amen! Religion (without revelation) is man-made and it is an indisputable fact that religion has caused many of the worlds personal & national conflicts, even to this day. And I have many kind and generous friends who do not have any religious beliefs. However, as someone who considers themselves fair, rational and honest I must object to his straw man that he presents in this chapter. If there is one error that is systemic throughout this chapter, it is that he lumps all faith into the same skip and then takes the worst examples and presents them as the norm. 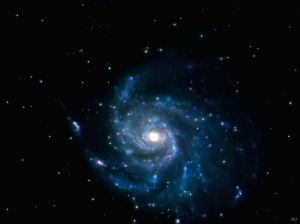 For all the abuses and excesses of religious people it is a bold claim that Hitchens makes in this chapter – to pronounce on his own authority that there has never been and will never be, anywhere in the world, to any person, any interaction with the a higher power. Its one thing if you don’t believe in such a power or being, but how can you know, given our limited knowledge, that every single person who has ever claimed different is either deluded, deceptive or down-right dishonest.

Moreover, all of Hitchens’ arguments would come crashing down if there had ever been one single encounter of a human with the divine. This is the one indestructible virus that threatens to erase his entire case. My question to Hitchens is: say this encounter happened to him, then how would a fair, honest, logical person respond to such an encounter? He would no doubt argue that this is impossible because he, she or it doesn’t exist, but even Hitchens admits in this chapter that “some problems will never be resolved…and some things are indefinitely unknowable”.  So while clinging to his certainty of a materialistic worldview, he still wants to leave the door open for mystery, as long as that mystery is defined on his terms.

In response to Hitchens I am forced to make a passionate plea – that it is possible to have an encounter with a higher power whilst retaining your reason. That it is possible to have a consistent, reasoned worldview that is not purely materialistic. How we know the certainty of whether these encounters really happened, or whether we like what is revealed about this power by these encounters is a different objection. The choice is not between rational atheism and irrational religion, but between a materialistic atheism and a reasonable faith. It is a faith where reason is its servant not its master, for we recognise that reason is limited in its understanding and often misdirected in its bearings. A faith that is reasonable not because it leaves no room for doubt, but because there is sufficient evidence in the truth of that belief to warrant a trust in the one who asks for your hand.

3 thoughts on “A Passionate Plea”