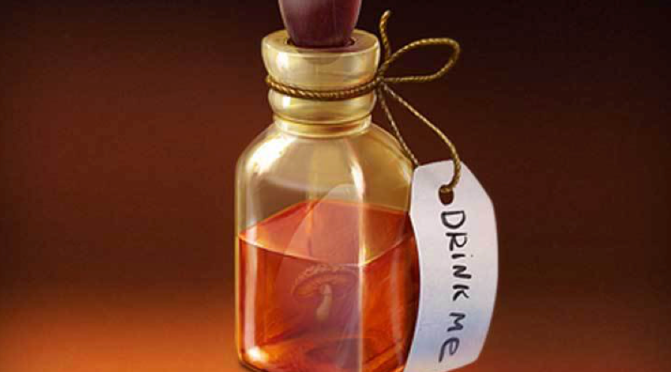 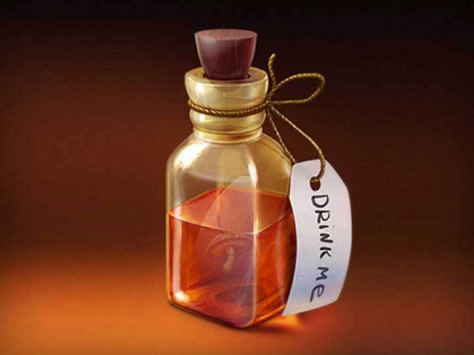 In the beginning of Alice in Wonderland, Alice finds a bottle labelled “Drink me”:

“It was all very well to say `Drink me,’ but the wise little Alice was not going to do that in a hurry. `No, I’ll look first,’ she said, `and see whether it’s marked “poison” or not’…However, this bottle was not marked `poison,’ so Alice ventured to taste it, and finding it very nice, (it had, in fact, a sort of mixed flavour of cherry-tart, custard, pine-apple, roast turkey, toffee, and hot buttered toast,) she very soon finished it off.”

Only once she had taken the medicine could she see what would happen if she did drink it. For as long as the liquid stayed in the bottle it was powerless to change Alice by even one centimetre.

As we reach the  start of Book 3, Calvin wants to show us how all that Christ has done for us so far described is completely and utterly useless without our taking it into ourselves. The salvation that has been accomplished must be appropriated to us in some way or we will remain as outsiders to all the benefits secured by Christ. For as Calvin rightly points out “so long as we are without Christ and separated from Him, nothing which He suffered and did for the salvation of the human race is of the least benefit to us.” How are all the blessings of God made ours? How do we come into the family of God? The answer is in the work of the Holy Spirit and it is to this work that Calvin now turns.

The Holy Spirit is described as the Spirit of Christ and the Spirit of adoption, being “the bond by which Christ effectually binds us to himself”.  We have been sealed with the Spirit so that “as pilgrims in the world, and persons in a manner dead, He so quickens us from above as to assure that our salvation is safe in the keeping of a faithful God.” His work is described by Calvin under a number of terms, including:

But faith is His principal work, for “he is the internal teacher, by whose agency the promise of salvation, which would otherwise only strike the air or our ears, penetrates into our minds.” Indeed, “faith itself is produced only by the Spirit” and within those who believe He works “to bring to remembrance the things which He had verbally taught; for in vain were light offered to the blind, did not that Spirit of understanding open the intellectual eye.”

It is a sobering thought to consider how it is possible to listen to the gospel preached week after week and the beauty and glory of Christ’s redeeming work explained, but not take this remedy within ourselves. We can sit and watch from the sidelines, perhaps even be attracted to spiritual things, and still remain unbelieving and apart from Christ. Only when we take and eat of His flesh and His blood by the agency of the Spirit, through faith, do we become partakers in the life of Christ. May all our preaching of the gospel always proclaim this vital part in the chain, for to convince people of the truth of the gospel but not show to apply this truth to their own hearts is to fall at the final hurdle of saving a soul.

“I tell you the truth, unless you eat the flesh of the Son of Man and drink His blood, you have no life in you. Whoever eats my flesh and drinks my blood has eternal life, and I will raise him up at the last day.” John 6.53+54

One thought on “Drink me!”