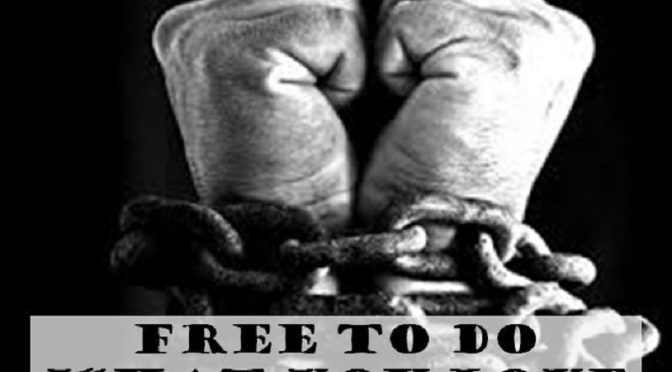 After looking at original sin (or as Calvin calls it, hereditary sin) in Chapter 1 of Book 2, Calvin moves on to consider whether as a result of the fall man really has the freedom to choose to do good or evil. Does man really have a free will?

In order to answer this question Calvin first outlines how the mind works, how we make decisions. He identifies various elements within the soul, including the intellect, sense and appetite or will. He outlines the view of the philosophers who saw reason as illuminating the mind and informing the will to make decisions. However, they acknowledged that the will could be diverted from following reason by sense (pleasure and passion) that distort the appetite and turn will towards lust. But they believed that if man could rise above the influence of such carnal desires then he would be able to act justly and live an upright life. Marcus Aurelius’ Meditations is an excellent example of stoic philosophy that taught distancing ourselves from pleasure and pain in order to live a just life. Thus, the philosophers saw our innate reason as essentially pure and perceived the problem to be in trying to follow its inner light.

Discarding this view as not fully appreciating the impact of the Fall, Calvin then assesses the view of the church fathers on the topic of free will. He concludes that all of them, with the exception of Augustine, see man as corrupted at the sensual level only. They, like the philosophers, see our innate sense of reason as largely unaffected. He thinks this was driven by a misguided attempt to prevent people from feeling impotent to change their behaviour. Augustine defines free will in this way “it is a power of reason and will to choose the good, grace assisting, – to choose the bad, grace desisting”, emphasising man’s reliance on God’s grace for every good act. Calvin agrees with Augustine that without the transforming effect of grace man is completely powerless to live uprightly. He admits that mankind is not without the occasional spark of insight into the right path to follow, but our love for sin is such that we continue to decide to do that which we love – our sin.

Calvin goes on to describe three types of freedoms – the freedom from necessity (or compulsion), the freedom from sin, and the freedom from misery. He argues that the first freedom – the freedom from being forced how to act – is inherent to man and could not be removed, but the other two freedoms have been lost through the Fall. So, man has the free will to act however he so chooses, but he cannot act free from the power of sin. Calvin sums it up this way: “man is said to have free will, not because he has a free choice of good and evil, but because he acts voluntarily and not by compulsion”. But is this any type of freedom? “that man is not forced to be the servant of sin, while he is, however, a voluntary slave, his will being bound by the fetters of sin”.

The issue of free will is contentious, we feel like we act freely and make up our minds over how to act. Indeed, it is true that even after the Fall, reason is able to act as a guide. But it is also in some measure corrupted, our conscience is not always reliable and even when it points us in the right direction we do not have the moral power to carry out our good intentions. Even when we recognise that we are caught in a trap, our will is not free to step out of the net.

We need help from outside to change. Just like the English rugby player who after he was caught for doing cocaine was actually pleased that he had been found out before his addiction completely ruined his life, we need someone to step in and save us. Someone who has the power to overcome our weak will and set it in a new direction.

The case for the Saviour is being steadily built as each chapter unfolds. He is able to take us from being voluntary slaves to sin and make us willing love slaves to Him, so that we desire to do what’s right and have the power to carry it out. Then and only then are we willing and able to do what pleases Him. The struggle with sensual desires still wages but we have a new power within to will and to do what we now love – live a godly life.

“I tell you the truth, everyone who sins is a slave to sin…So if the Son sets you free, you will be free indeed”. John 8.34

Father, if we are completely honest we recognise that there is nothing in us that desires you. It is only by your Spirit working in us that we desire to draw near to you and begin to love and serve you. Thank you that you have taken away our heart of stone and given us a heart of flesh. Fan into flame this desire and give us a steadfast heart to seek Your face, for your name’s sake, Amen.